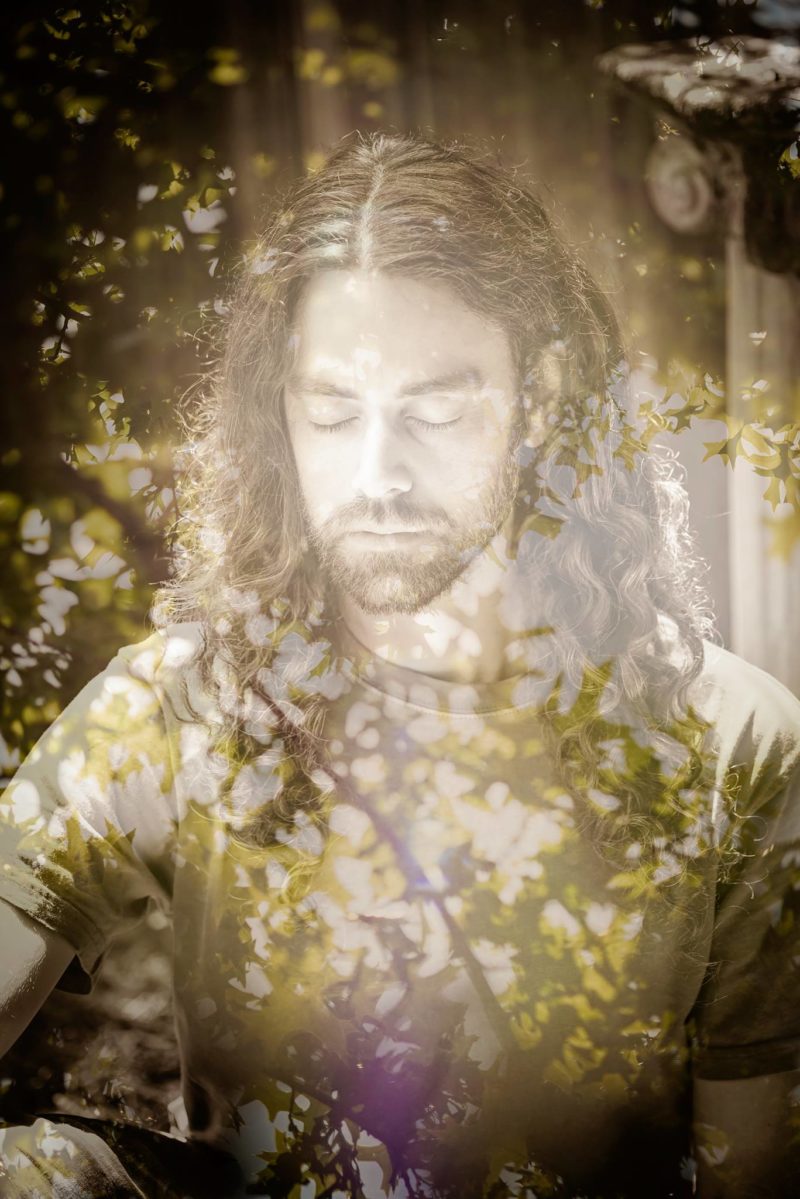 Being Authentic with Jupiter

Part 2: Jupiter and Other Planets 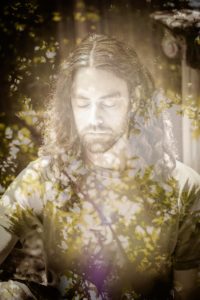 To read part 1 to this article series visit:
https://newparadigmastrology.com/blogold/being-natural-with-jupiter/

Introduction
In this article I would like to introduce Jupiter once again but this from the perspective of its relationship to a handful of other planets in the natal chart. I will focus in particular on Uranus, Mercury, Saturn and Neptune. In so doing I am setting us up to delve right into Jupiter on its own in the next chapters.

I am picking these four planets for no particular reason other than it’s what came through me when I began to write! Although in retrospect I realize that these are the planets that are most often paired with Jupiter.

Through each planetary relationship we will gain another perspective on the essence of Jupiter.

Our Interpretation of Reality
Let’s return to the river. You are sitting on the banks looking out at the water…
Wait! Before we call things by names and talk about your experience there’s something more fundamental to point out.

The river doesn’t call itself a river and the bank doesn’t call itself a bank. The experience of you being there is not the same as the ideas you have running through your mind when you are there. Before we get all poetic and talk about the things and the realizations that come with the things there’s first just the observation of reality as it is. No names, no meaning, no insight, just what it is. I’m pointing to Uranus. Uranus is pure observation: observation that doesn’t define things as things, doesn’t ascribe names or meaning to life. Uranus represents the raw experience of seeing life as it actually is. With Uranus our sensory faculties, including what we are picking up through our 360 degree auric field, is just the pure expression of divine creative intelligence and is without mental process.

Uranus, Jupiter and Mercury
Uranian awareness is something we may consciously practice during meditation where we allow ourselves to become an observer without story. It’s something that happens with children, and babies in particular, when observation is not filtered with interpretation and they are picking up everything around them.

Jeffrey Wolf Green taught that Uranus corresponds to the higher mind. It represents the projected intelligence of creation itself: the archetypal essence of creation as it exists as manifestations of pure intelligence prior to time. Then we have Jupiter and Mercury. Jupiter makes meaning of that which is observed. It cultivates insight and understanding as to the nature of reality. Mercury gives everything names so we can talk about it and share our ideas with one another.

Without Jupiter and Mercury reality is what it is but there’s no insight, understanding or classifications. This is why we can have a dream with seemingly non-sequitur symbols and we’ll have to intuitively reflect on their meaning or maybe Google it to see what others have to say about it. Often dream language is Uranian: it expresses the archetypes of reality but it’s not necessarily operating through any personal understanding or existing mental syntaxes.

Astrology is Uranian as well: it just is. We can observe the sky and give names to the various aspects of the cosmos (Mercury, the names we use and how we mentally organize reality in our minds) and intuitively connect with their meaning and how the stars reflect the nature of consciousness (Jupiter, our understanding of reality). But without all that it just is what it is. You have a natal chart whether or not you know how to interpret it. Number sequences may appear even if you don’t know what they mean.

To give one final example. Right now you are reading things that I have written. Observation is happening (Uranus) and your mind is identifying words which become sentences which become whole thoughts (Mercury). Yet the fact that you have natural intuitive faculties means that you are able to grasp the deduced principals and concepts that my words are pointing to: you are able to derive meaning and insight (Jupiter). Consider that without a healthy Jupiter function, i.e. without a healthy intuition, we are left with finding understanding in life through logic. Imagine doing that by the river! Can you feel that Jupiter brings in a holistic, direct experience of reality… one that knows without necessarily being able to explain how it knows, but just knows?

Jupiter is the right brain, intuition
If we are operating entirely in a Jupiter way then we will be interpreting everything through our intuitive faculties. If we are using our right brain to read a map we will not be following lines and street numbers (logical things that give organization to reality, Mercury) we will rather be basing our sense of direction upon our own experience of things. In fact, we may not even read the map, we might just spontaneously decide to make a right turn here and a left turn there. We will intuit something, we will notice signs, have an inner felt sense of life itself giving rise to a certain direction and movement. It’s not something we can put on a map, it’s a feel that we can only access through our intuition. This can be a great way to travel if you have no fixed plans and no responsibilities to show up for!

This is the difference between left brain (Mercury) and right brain (Jupiter). We can also classify Mercury and Jupiter as inductive and deductive reasoning respectively.

Jupiter and Neptune
Let us now look at another planetary relationship.

Neptune is the truth. Truth with a capitol “T”. Neptune isn’t about interpretation, insight, understanding. Neptune represents the oneness, that reality is one and whole unto itself. Neptune represents Source. The source of creation, the source of all that is. Neptune IS the Tao itself. Neptune IS unconditional love and the unconditioned nature of reality. Where it the tao, where is love? Well right here of course. Where is the Source of creation? Right here. And we will find it wherever and whenever we are open to remember. Neptune invites a gesture of surrender, not something logical or something to interpret. To know the beloved right now we have to give ourselves to it, not think about it or philosophize about it.

Contrast this with Jupiter. You are sitting by the river and from the point of view of Neptune there’s the oneness. You are not separate from the river, everything is God. Sitting by the river you become the river. You forget about “I” you forget about “river” there’s just oneness, just this moment. Jupiter comes along and you write a philosophical book about the experience describing all the lessons and realizations gleaned by merging with the river. Everything you write in the Jupiter book is true, it’s authentic, but of course it is not absolute. Each realization can always go deeper. Every understanding has yet more dimensions to uncover.

The best way to illustrate the difference between Neptune and Jupiter is through the opening of the Tao Te Ching in the words of the great Lao Tzu,

Jupiter and Saturn
Saturn corresponds to the boundaries of human consciousness. Everything has a limit. In fact, if it’s a thing then it’s limited. Only non-things are limitless. So according to each person’s individual karmic reality in this present moment, your life is what it is. Your karmic reality is defined by the conditioning of your consciousness. Try as hard as you want to think and behave differently, you will first have to become aware of unravel your existing conditioning to create new habits and patterns.

Jupiter and Saturn are often spoken about as a pair. Jupiter being expansion and Saturn being limitation. Jupiter is expansion? Because there’s ALWAYS more. More to see, more to understand, more to realize, more opportunities to discover and realize who you are, what life is all about, unlock your person potential in life. More more more.

And one of the downfalls of Jupiter? Excessiveness. Imagine a platter of food sampling flavors from all the best downtown restaurants in your neighborhood. Great! We got Thai, Indian, Ethiopian, Chinese, Japanese, Italian. Super exciting. You have the potential to taste all of it. While this potential is real Saturn says you are limited in how much you can eat before hurting your body!

So Jupiter can go excessive and then suddenly find itself bloated and stuck in a very unfortunate situation. Where Jupiter is expansion and opportunity, Saturn is wisdom and boundaries. If we are only focused on “more” (Jupiter) without grounding and learning the necessary discipline and restrictions to make our realizations livable (Saturn) then we will never really live our realizations.

We can understand the Jupiter Saturn relationship in all areas of our lives: Socially, spiritually, financially. Everything requires the Jupiter component of seeking greater meaning, following our intuition, opening to more. And absolutely everything has a limit. Knowing, learning and respecting these limits is Saturn.

Coming next two weeks
In our next two or three article I will introduce in greater depth the relationship Jupiter has with authenticity, which is at the core of this book. I will also speak to specific karmic themes that come with the Jupiter archetype, including: culture and race, alienation, being misunderstood, lying, self-convincing, student teacher relationships, the idea of the pilgrimage, my perspective on honesty, indulgence and opportunism, revisiting over indulgence, missing the mark, the difference between belief and knowledge and spiritual realization.

Ari Moshe Wolfe is a member of the New Paradigm Astrology Dream Team, teaching classes and courses with his colleagues. He offers private sessions assisting souls to consciously align with their evolutionary purpose in this life. To learn more about his services visit www.arimoshe.com