I have been more than interested in the dwarfplanet Ceres lately. Perhaps because of my ongoing research, perhaps due to my own Ceres return. I keep coming back to it and layers upon layers are revealed as I move with her in  my life.

Just recently I was reminded of her presence again unfortunately thanks to a tragedy I witnessed standing on the side walk watching. Greed. Egoism. Loss. Inability to move on. Suicide. It made me think of the most vulnerable aspect of life, that of feeling worth nothing, cast aside. More, more, more, we want it all. And for what price?

For you who doesn’t know the myth, let me indulge. Ceres is the sister of Jupiter and Pluto, and she was the roman goddess of Fertility and Agriculture. Or nurturance if you like. She represents all the cycles from spring to winter, from youth to old age to death.

And while she was taking care of her business when Jupiter and Pluto had, without her knowing, agreed that it was fine that Pluto took her daughter for marriage. A robbery if you like. It was Pluto after all, so what to expect than but a little display of the dark side? 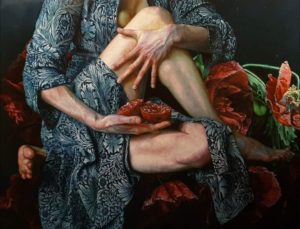 I am guessing Jupiter felt manipulated, I mean after all what could he do, poor thing, but to give his brother his wish for a spouse. Must have been lonely down there in the underworld. And my guess Pluto was feeling feisty for this young daughter of Ceres, coming of age and ready to be hunted. The hunger took over.

Ceres, on the other hand, knew nothing. She and her daughter, Proseprina, lived happily in union, being blissfully unaware of the mischievous plotting by her brothers. One day while she was away on duty, earth opened and swallowed her daughter who was out picking flowers.

When Ceres returned she was unable to locate her daughter and a crises hit. She eventually went so far as to denounce her duties as goddess, going incognito, going mad, searching everywhere to get back what she lost. Trying everything to get out of her pain. Sounds like a familiar state? Well, we all have Ceres somewhere.

This story is dripping with meaning. The union of the mother and the daughter shows the whole feminine cycle in one whole. The young innocent and the elderly wise. The heart and the wisdom. And from this point, the act of giving, of feeding the world, happened. Nature dripping with fruit and juice, ready for us to eat. Only when we are whole in ourselves is giving possible. Otherwise it ends up trading, keeping track of what you gave and what I gave, and if that balance is out, a feeling of being robbed occurs.

Another layer is loss, of beauty, of youth, of innocence, of power, of respect. When something is robbed or stolen, most people go through a deep identity crises. Were you ever fooled? Like tricked into giving. Imagine being hustled. How would you think that would feel? I have met people who have been hustled. It took them years to recover. Imagine losing your child in a divorce settlement. How would that feel? Like a part of you, your identity was robbed? You would probably feel abandoned and your identity as a parent would be robbed from you. Greed and egoism have a consequence for others.

Then there is the aspect of control. Proserpina was coming of age. It was time for a change. Ceres cycle describes the cycles of life. All things come to an end. Beauty and youth will eventually change as time unfolds. Every time there is a shift, from childhood to sexual maturity to menopause there is a period of re-adjustment, and that means an identity is changing. Powers shift. The natural innocence and freedom of being a child moves into a sexual power that needs to be understood, then again to a power of wisdom that must be wielded as well. When a child gives love, it expects nothing in return, but should be given it. When a young man or woman offer their heart and their sexuality, respect should be offered in return. When an elder shares their wisdom and the depth of their love, it should be bowed to with honor. Whatever we get, we should respect. That is not how it always end up though. More commonly there is abuse.

Ceres protects Sacred Law. What does that mean?

People take without consideration, aiming for more and more, dropping out of what is true, good and beautiful and putting their ego first. Without even knowing it. It is part of humanity’s collective shadow, this robbing of everything. 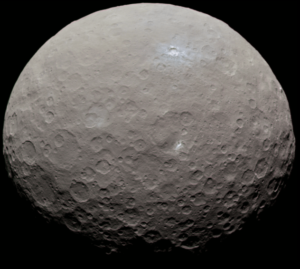 For instance, no one can own another, not their spouse, nor their child. Letting life be what it is, letting it move through the cycles of change without resisting it, is part of the Ceres process. Being constantly thirsty and hungry for more is part of our instinctual nature. The survival of the fittest. Pluto is the energy that clears the path for true Soul, and thus stories of our own limited and selfish selves are part of that clearing.

Abuse of power, whether it is sexual, monetary, political, emotional or physical goes under the domain of Pluto archetypically. If we give to get, then really there are no one to blame if we end up feeling abused. If we identify only with the Child we see the world through rose-colored glasses unaware of all the Plutos in this world. People who are more than willing to take whatever they want to get more. That probably sounds like the nasties person alive, but you would be surprised how the sense of entitlement grows like weeds in our collective sub-consciousness.

Greed. I want what I want when I want it. Never mind asking.

Well, when Ceres figured out what happened, she refused giving anything more and the people of the earth starved. When she saw that it was a cynical trade, a game played without her knowing, she stopped feeding people. From fertility to starvation, from a lush garden to a desert. When there is no balance in life, we cannot give anything more. You might have felt this once you have had the realization that the giving only went one way and that nothing was given back. It was taken, although it was you who gave. That is the essence of abuse and self-abuse.

We take more than we give back to nature at this point in history, and truly, very few people know how to give freely because of this ingrained understanding of trade and dealing in darkness. Pluto reveals our true motivations, that which is hidden, and most people even hide their true motivations from themselves. They “give” thinking they are good, but deep inside, they want something, be it love, admiration, sex, relationship, money or a job. Same with those who take, they know this game too, that on the other end someone wants something from them, either position, power, their love or sexual power or a job. Trading. Fair enough in a way and maybe what makes the world go around. It is business as usual.

But, eventually this lack of being tuned into sacred law, like the law of karma, makes it impossible to play the game for a long duration of time. Eventually life demands that we move beyond. Either we lose these powers and we have nothing more to trade, or they are taken from us. We get stuck. The more we hold on, the more we suffer. The crises then is that we no longer feel safe and that we will never get what we are hungry for. This is the point where some people actually feel like death is the only healing. “I gave so much, and look where it got me”.

Sacred law is understanding the cycle of death and rebirth, holding on and, when time is ripe, letting go. It is living here with an open heart, yet completely aware of the business that will continue to go on. The initiation is to be able to not play that game anymore and return to sacred law. Freedom from manipulation and conscious awareness about fear and darkness then create a foundation that makes it safe for the innocence to express itself again. When there is wisdom, the Child is safe. It feels respected and honored. When there is wisdom, nature is respected, other people are respected and treated not as objects, but as sentient beings.

Respect is demanded in return.

Then the journey from abuse to use happens. We all have to use ourselves, our talents and our time so that we know what we bring to the table and can give back to the balance. There is nothing wrong with using the resources available to us. The story about Ceres shows us that we cannot be greedy and take without consideration. We all have to obey Sacred Law. If not, the Goddess turns to darkness and we will feel the ghost of infertility upon our lives.

Because all powers fade. I haven’t met one rich person who could take their money with them to the afterlife. Ceres tells us to use our resources well and wisely. And to take our needs seriously. Not be played for fools or abused. As she fights for her daughter’s return, so must we fight for the return of our innocence in this world so ridden with Plutonic desire.

The consequences of not obeying sacred laws are many. I want none of them. I’d rather obey the Goddess. Even though she is strict and very, very clear with her boundaries. Ceres is currently in Aquarius and soon she will go to 12 degrees Pisces (July 2020) before she retrogrades back to 28 degrees Aquarius (October 2020). For those of you who pays attention to astrology, that is the spectrum where Mercury currently is going retrograde. Maybe this is a seed for future processes regarding innocence and naivety, blossoming in a conscious understanding of how life works as that cycle unfolds.

I did a workshop on Ceres a few weeks ago. If you are interested, check out this link for more info to purchase the download, or if you would like to work with me then here is where to go.

Sol With Jonassen is a teacher at New Paradigm Astrology, and resides in Bergen, Norway. She works internationally as lecturer and astrologer.