And it was in those days that it was decided that for Christmas 2019, just before the new cycle of Saturn-Pluto, that most the planets should be stumbling through Capricorn and would be topped off with an eclipse.

Little did I know when I first started writing this text yesterday, that Norway; this cold, small, privileged land in the North, would be shook by a royal suicide. Ari Behn, the former spouse of the Norwegian Princess, took his own life as we were all cleaning out the splurge of Christmas Eve.

And so telling for the energy of Christmas in many ways. Abundant tragedy often surfaces at Christmas, and the loneliness and isolation some people feel gets accentuated in days of strange celebration.

For years now we have had strong Sun-Pluto aspects for Christmas. Since 2008, when Pluto entered Capricorn, he also entered Christmas land. The mark of Capricorn is Winter Solstice, only 3 days before Christmas, and now Pluto has reached the 22nd degree of the Mountain Goat, enjoying a conjunction to Saturn, another deeply serious player.

Today there is an eclipse in the early degree of Capricorn, and the whole ballet moves to a new cycle of Saturn-Pluto aligned with Mercury, Sun and Ceres, all on 22nd-23rd degrees, the 12th of January. That is a juicy alignment and not one to take to lightly. Astrology is clockwork, however it is not always easy to predict how the energy will take form. Will there be solution or further chaos? It depends on so much, and these days we are all collectively dealing with a sense of darkness. If it isn’t the tragedy of politics, it is the fear of extinction.

“You want it darker? We kill the flame”

These words are the words of Leonard Cohen as he himself came to his end. For me this sentence reveals the inherent tendency in humanity to want to destroy everything that is true, good and beautiful. Like the man who killed himself yesterday. He saw his share of the darkness in all. Married into a royal family, he was exposed to a great deal of nastiness in the media. People teased him, and also his ex-wife, for being who they were. We felt entitled to do it too. Royals can take anything right? They should. They are on the top and those on the bottom feel that this is their birthright since they are less privileged.

We do tear each other down. The Buddha said it is always easier to destroy than to create. And it is. And now we got a public suicide mixed into our glittering Christmas gifts showing us all that life is brutal, and sometimes it just gets too hard. I will not go into his chart, nor speculate why he chose what he did, but suffice to say that Pluto and Saturn was on his North Node at 23 Capricorn. I will leave him and his family alone in this time. His 3 children now got proof that life is also abandonment. They deserve better than having to deal with our opinions, so I will go back to my general astrology ranting.

Pluto is a planet of death, and I have been pondering death for some years now. What is dying anyway? As me and my father have been discussing multiverses this Christmas, our conversation gets to a point where it all collapses. There is no more understanding. Death and Life are potentially dimensions a bandwidth apart.

What then remains is the realization that we get this day, this breath, this one spark of life at a time. And then we realize that not all moments are equal. Some are tough, uncomfortable, painful. Some moments are emanations of deep emotion. When there is no liberation from those moments, relief is sought. Drugs, sex, television, suicide, relationships, what not to get out of our own pain. 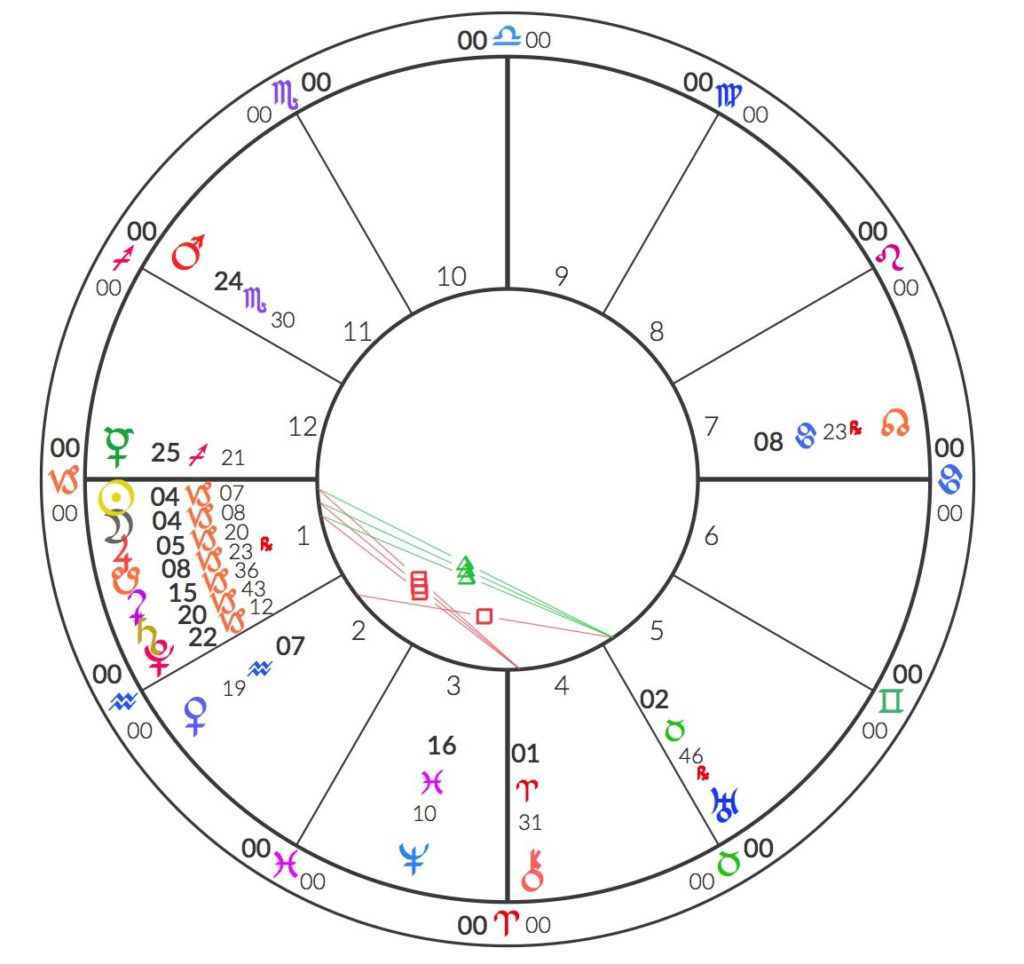 For this Eclipse we’ve got all the players on the field. The Wound (Chiron), Death (Pluto), Trauma (Ceres), Karma (Saturn), The Past (SouthNode) and then a Solar Eclipse (Change). And Jupiter to add a dimension of growth and expansion to it all like kerosene to a fire. What a storyline. Such heights and such depths. The potential for deep drama is there, but also for deep change.

I am not saying it is easy. Christmas has once again proven to us that it is the most intense of times. I will say one thing about Ari Behn though. He was a deeply sensitive soul. And we tend to say that the most sensitive among us are also prone to being bit by darkness, struggling to get out once they are trapped in it.

We all have to be strong to live here. We need to learn how to process our own energy, regulate our emotions, express ourselves honestly in order to be able to deal with life. At times life will be so hard that we might feel it is too much. And isolation is brutal. When we feel totally abandoned, rejected or challenged so deeply that sanity leaves us. That is when we need to step it up and be there for each other. In times of crises many could have been saved, but no one was there. Pain wasn’t expressed because reaching out was never easy. In a world of judgement we rather shut up. People are not trained to listen. Most of us put our egos first.

Besides, who wants to be the first to admit vulnerability in a world where love has been cast aside for stimulation and games? In this world where we are still seen as objects? To be quite honest, we are all slightly mad. We can all enter hysteria. Add a trauma or two and people disassociate, go into psychotic states or turn violent at the slightest trigger.

Again, a conversation I had with my father comes to mind. About being strong and experiencing that people think that then you can take it all. That the privileged can take bullshit, and that we don’t have to behave because “they” are so strong and “they” can take it. Think of Donald Trump’s son, Baron. I think of him today and then I think of all the shit people feel entitled to say about his father.

Show respect, get respect. But does Trump deserve being treated as a human when he is so bad at being one? And if not, how do we approach this darkness? By hating back? These are the juicy, moral dilemmas we will deal with as Jupiter cross the land of Capricorn in 2020.

It is too late for us to apologize to Ari Behn. Too late to regret our lack of decency at least to him. Our collective barf is a firm reminder that this is where humanity is at. This made me get up on my angry foot today. As numerous planets in Capricorn would inspire us all to do, we should all get our act together and stop indulging in shitty behavior. People aren’t things. If you want to be better than the leader, the king or the queen, then show it. Walk that talk. Be better than your shadow self. Show up for others. And in due time, you too will get what justice implies.

The astrology is telling. It starts with Aries, the instinct and drive for survival. And ends up in surrender and universal love in Pisces. When we get to Capricorn, we stand at the threshold of maturity, of doing what is right and not what we feel entitled to. 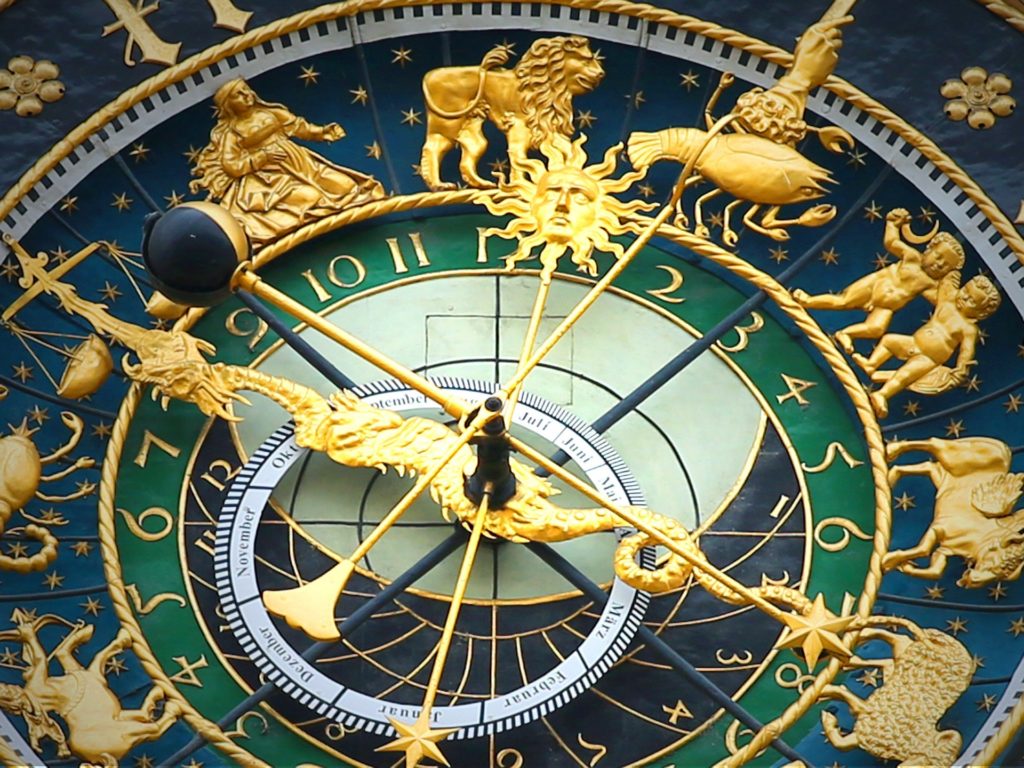 I am aware that justice isn’t always available and that we should show up and fight systematic abuse. We might sit at a table and not get our share while others are eating away merrily. We might watch a life where nothing comes back to us, but where we are inspired to give anyway. We might have disease and poverty coming our way, but still in Capricorn, we are asked to not feel sorry about ourselves. Why?

Easy. It will make you a grown-up woman, a grown-up man. And nothing tastes of liberty more than that. We will become people who do what a world of children cannot. Be reliable, steady and prioritize correctly. Teaching by showing, not talking or pointing fingers. Show up and show the world what love means. What true bravery means. I know, right now I am a talker. But trust me, I am strict with myself. I try to do the right thing, but I am not always succeeding. I sometimes see myself do stuff that aren’t in my catalogue of proud moments. As I look back on 2019, working on my own judgement was my first priority. This is the practice of Capricorn. This is where we try our best and refuse to let the collective gravity pull us in.

The wound of the inner child needs to be healed in a lot of us, and as adults, that is our individual responsibility. The system isn’t there to help us even though we feel it should be so. I have heard so many stories of disappointment of waiting for a savior. And oddly enough, the birth of Jesus, the Savior, is put to Capricorn myth. He was the beacon of light in a world of darkness. He showed up in the best version of the animal Human. But deeply misunderstood, the myth of Jesus holds no real power for most people. However, when we understand him as the Yogi, we might get a glimpse of what the potential of Capricorn is. A capacity and discipline for a practice to master the emotion, the mind and the body. Healing yourself and keeping the balance is work we do everyday. And we cannot always reach a point of liberation ourselves. We sometimes need help. Doing this work is our individual task and one that we all will profit from. Only then can real strength be achieved. So find your teacher, get inspired, do your breathing, clean your body, heal your mind, focus on the right things. There are people everywhere who are trained and ready to help.

I found them. You too can. Thinking yourself to be strong enough to deal or too weak to deal might both be faulty assumptions. Ask for help when you need it. There is a time for everything. If you need help, reach out. The age of shame is coming to an end. That is perhaps the real gift we got this Christmas.

Blessings and take care of yourselves and those you love.

Sol W. Jonassen is an evolutionary astrologer and member of the Dream Team.

You can find more info on www.sol-with.com