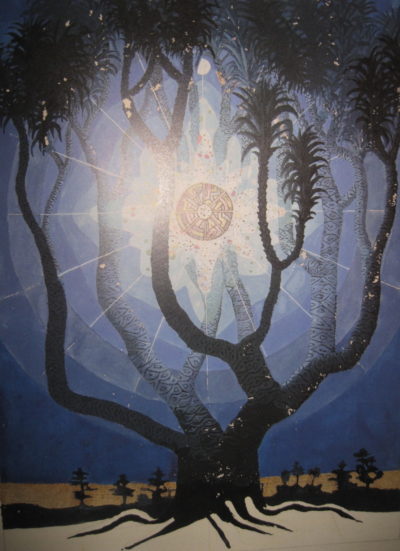 “One does not become enlightened by imagining figures of light, but by making the darkness conscious.”
― Carl Gustav Jung, Psychology and Alchemy

Pluto stations retrograde on April 24 to begin his 5-month retrograde journey, and as the Lord of the Underworld grinds to a halt, shadow material begins to emerge. An outer planet like Pluto often takes up to 10 days either side of the station to make the shift and as it does, it’s impact intensifies. It’s during the station retrograde and station direct periods the heat and pressure of inner alchemy smolders within, suggesting a necessary transformation of the inner self requiring the surrender of the ego’s addiction to power.

Archetypally aligned with Scorpio and the realm of the unseen, Pluto’s retrograde period involves karmic lessons of facing shadow material. Deep unconscious desires locked away from conscious view become illuminated and must be surrendered for true healing and transformation to occur. Are we loving and kind at our core or do we possess the desire for domination, destruction and revenge? In fact, every Soul is capable of a vast experience of emotions and the more we shame ourselves for these potentials within us, the more they can fester into complexes that can distort within the psyche. Only through facing our own shadow can we see ourselves and others in the light of truth.

Dark Night of the Soul

Pluto stationing retrograde in Capricorn is the catalyst for a journey of solitude and addressing one’s inner resources of resilience and endurance. It may force an inner orientation of deep soul searching, perhaps to the point of a dark night of the soul. Only by being brutally honest with ourselves about our addictions, our destructive nature and our shame can we locate the chink in the armour of the ego and begin to find our true selves. As Pluto is associated with deep bonds, betrayal is a theme that often emerges as the Pluto station can illuminate the truth of what’s been going on behind our backs and we now witness its full impact. When we cannot unsee what we’ve seen or reject what we know to be true, the one question to ask is: where is Soul in this relationship? Pluto’s ultimate goal is as a catalyst to the life cycle – the death of the old creates the fertile soul for the regeneration of the new. As teacher Mark Matouk suggest: “When you’re falling, dive.”

Capricorn is the realm of achievement, authority and ambition. How we have wielded our power, suppressed it or thwarted it comes to light through karmic situations that expose what needs transforming. Perhaps we’ve been too ruthless in our drive for achievement. Or we’ve suppressed our anger and disempowerment to the point that it festers into primal rage. Control can have a tipping point, where the pressure applied to that which we dominate can trigger a resistance and eventual breaking point. A fall from grace is always precipitated by a weakness in the foundation. Capricorn’s ruler Saturn is soon to station retrograde on April 30, so issues of responsibility of being the masters of our own destiny may emerge as we restructure our role in our world.

The South Nodes & Unresolved Past Karma

This rx station is especially significant as Pluto is conjunct both the South Lunar Node and its own South Node, suggesting unresolved past karma around these themes of domination, power and control. Pluto was on its own North Node in Cancer was when it was discovered in 1930 and at the time fascism was on the rise and depth psychology was in its early stages, yet quickly becoming a method of healing mental angst brought on by the collective descent into darkness. As Pluto swings the gates wide open to the dark recesses from our collective past, our ancestry and our history. The collective is called to get to the root of the underlying decay in society that has been festering and weakening our humanity.

When the Sun opposes Pluto it’s considered the ‘Flash Point,’ a period of illumination on the significance of the transit. This will occur on July 14th, just two days before the Capricorn Lunar Eclipse and on France’s national Bastille Day, a day of celebrating people power over tyrannical oppression. It was just as the Pluto station retrograde was forming on April 15 that the Notre Dame Cathedral caught fire, devastating the nation of France and the world, as we witnessed the destruction (Pluto) of a majestic structure and pillar of society (Saturn). This was soon followed by a backlash against the powerful billionaires who pledged a billion dollars to restore the cathedral. So it will be worthwhile to note, not just in France but in the collective consciousness, the power dynamics that emerge. It’s necessary to reflect upon the nature of power and how it can be used to cultivate life rather than destroy it.

Pluto will be covering the territory it transited December 2018 to the present, as well as February – July 2018. If you have planets, points or angles around 18 – 25 degrees of the Cardinal signs (Aries, Cancer, Libra, Capricorn) you may be especially affected by this station. Consider how the drive for power has created achievement in your world as well as how it’s served as a force of destruction. What needs to be surrendered for you to claim your personal power? The polarity point of Cancer whose highest expression is unconditional love, care, nourishment and belonging, can be the healing balm to the wounds of inner tyranny. The soul searching in the darkness of the tomb leads to the into the pure potential of the womb. The only way out is through.

This week, I’m the featured astrology expert in the New Paradigm Astrology Community where I presented a 1 hour video on Pluto rx in Capricorn and through the houses of the natal chart. The video is for members of NPA but you can get a sneak preview on the Radiant Astrology YouTube Channel.