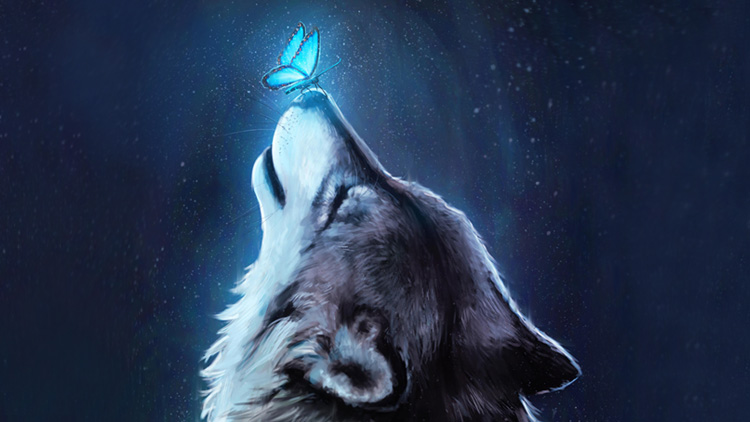 〰️ The Dawn of a New Day Reveals Everything Changed 〰️

Keynote: The ever-present possibility of beginning again on a new foundation of values

“This is a symbol of the illimitable potentialities to be found when it comes to any personal participation in everyday affairs and of the thoroughness with which each individual remains the recurrent expression of his own self-consistencies. There is here the necessity for an ultimate self-dependence and consequent need to blaze a path of special recognition for each particular characteristic of selfhood. The keyword is INNOVATION. When positive, the degree is man’s insatiable appetite for experiment and continuing self-discovery in every possible area of human experience, and when negative, inability to catch the challenge of living in even the most trivial matters.”

As mentioned in this week’s Pele Report, this is a combination of both Marc Edmund Jones and Dane Rudhyar’s interpretations of Elsie Wheeler’s Sabian Symbol for the degree of this month’s new Moon. Dane Rudhyar added “reveals” to the symbol, whereas MEJ put a comma after “day.” Dane Rudhyar added the Keynote, but the rest of the interpretation is quoted directly from MEJ, as I resonated more strongly with it. As I sit here today to pen this week’s/month’s Lunar Planner with the Dow Jones stock market index having dropped around 1000 points in the last two days, I again witness the beauty of astrology, “As Above, So Below.” A lot can change overnight! 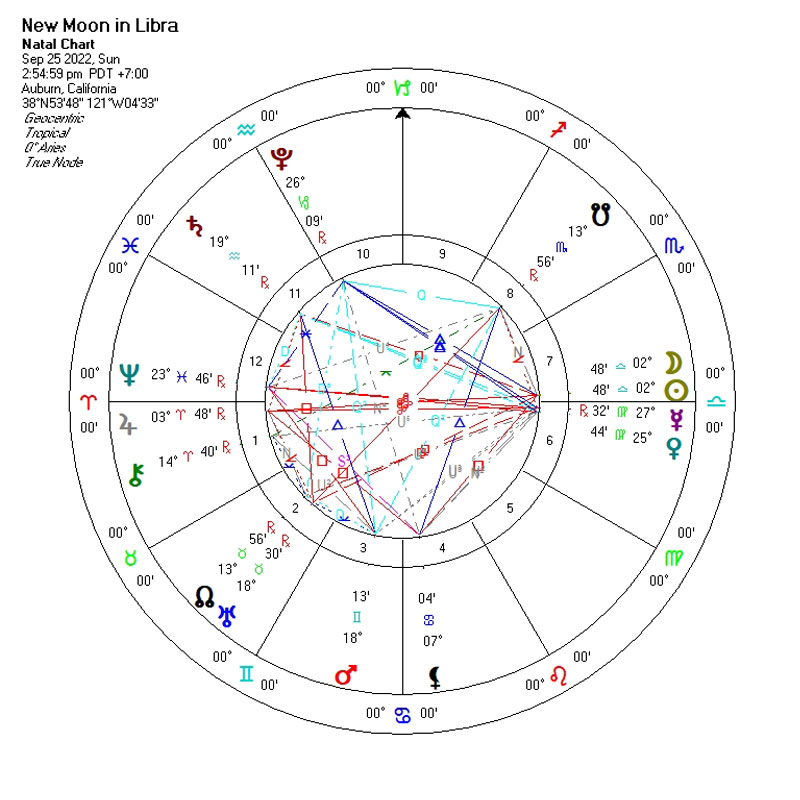 I just can’t get over this Sabian symbol’s relevancy to this month’s energy, as depicted in the accompanying chart of the new Moon. We are still in the throes of the Moon’s north node conjunct Uranus in the sign of Taurus. Hence, I underlined the necessity for an ultimate self-dependence and the positive expression of this energy as an insatiable appetite for experimentation and continuing self-discovery in every possible area of human experience. Let’s pause for a moment and feel how BIG this is. Especially as it is further emphasized by the new Moon’s opposition to Jupiter, the planet of expanding consciousness, in Aries, the sign/archetype of self!

Let’s take it all a step further with the exact opposition of Venus to Neptune as I write these words. Interestingly, Venus “rules” both love and money. Collectively and individually, we are on a rocky road of self-discovery in both those realms as reflected in the often confusing, chaotic, limitless, boundarilessness, beyond polarities of win/lose, right/wrong, positive/negative ad infinitum of Neptune, currently very comfy and strong in his home sign of Pisces.

As we are in a transitional period where the established standards, morals, institutions, and authorities are collapsing, dissolving, and deceiving us, prior to the emergence and establishment of new forms of social, financial, and moral standards befitting an evolved race of humans, we are experiencing ourselves in a bit of a void. This is why I also find this Sabian symbol so affirming, as it supports experimentation (Uranus/north node) in EVERY possible area of human experience for continuing self-discovery, which is another word for evolution. We can observe governments, corporations, and public figures experimenting with power, often foolishly overextending themselves, but what about us? If we look at it closely, we can see that the highly insecure and unstable reality we now share is forcing many to experiment, whether they like it or not, and thereby leave their known, familiar, and more or less secure lives behind.

Such will be the nature of this month and for some months ahead. So rather than fear, dig in, stress, and lose sleep over the changing nature of our reality, astrology is telling us to experiment! With “every possible area of human experience!” OMG! This can be a real shit show!

Experimenting requires a suspension of “known,” expected beliefs, formulas, and assumptions followed by the assertion of new possibilities or theories, followed by actions to test and acquire additional information and knowledge.

Only after these steps are taken and the new, perhaps disturbing, shocking, or uncomfortable results are tabulated can new, more enlightened understandings, approaches, and actions be instituted. Without the suspension of what is known, the expanded reality of the unknown cannot be birthed. This requires COURAGE.

As this new Moon is occurring in the sign of Libra, this week’s Pele Report focused on the suspension of old assumptions living deeply within the collective unconscious for thousands of years, beginning with the Adam and Eve myth, first laid out in the old testament. This myth and the religious institutions that were born out of it have influenced, dominated, and shaped beliefs, leading to attitudes, judgments, and actions that have limited, wounded, and in some cases, killed people. Having established a “mass formation” that includes a set of laws, rules, commandments, and beliefs, which, if not adhered to, result in guilt, shame, censoring, and often expulsion, these religious institutions have both suppressed and controlled much of the western world.

To this day, challenging monogamy as the only proper way to experience intimate relationships can raise animosity, resistance, judgment, and condemnation. And this is only one example. We can take any of the three major taboos; money, sex, and death, all of which have been made taboo by religious conditioning, and find divisive, limited assumptions and judgments being made that deprive individuals of their right to experiment and thereby discover and evolve, their own unique self-expression.

Recently, this has been taken to extremes with the pandemic, governmental mandates, big tech censoring, restricted travel, doctor’s losing their licenses, and people being ostracized for not taking an experimental inoculation.

Let us take this month to challenge ourselves, as Jupiter, the largest planet in our solar system, opposes the Sun itself, to leave our comfort zone of conditioned beliefs, responses, and reactions concerning love and money and venture forth to experiment! If not, let us, at least, not only permit or allow but encourage and support others who do. The highest expression of Aquarius, and true science, is to stop assuming, as the observer affects the observed. A person or group of people experimenting with life to understand it and themselves more deeply do not have to be judged as a threat, demeaned, or belittled as long as honesty, consent, trust, and love are present. Let’s embrace Neptunian unity consciousness this month, even though it’s scary sometimes!