Like a ship setting sail into the unknown,
I let go of all I don’t need.
Then say farewell, shove off, and turn,
My gaze to the wide open sea. 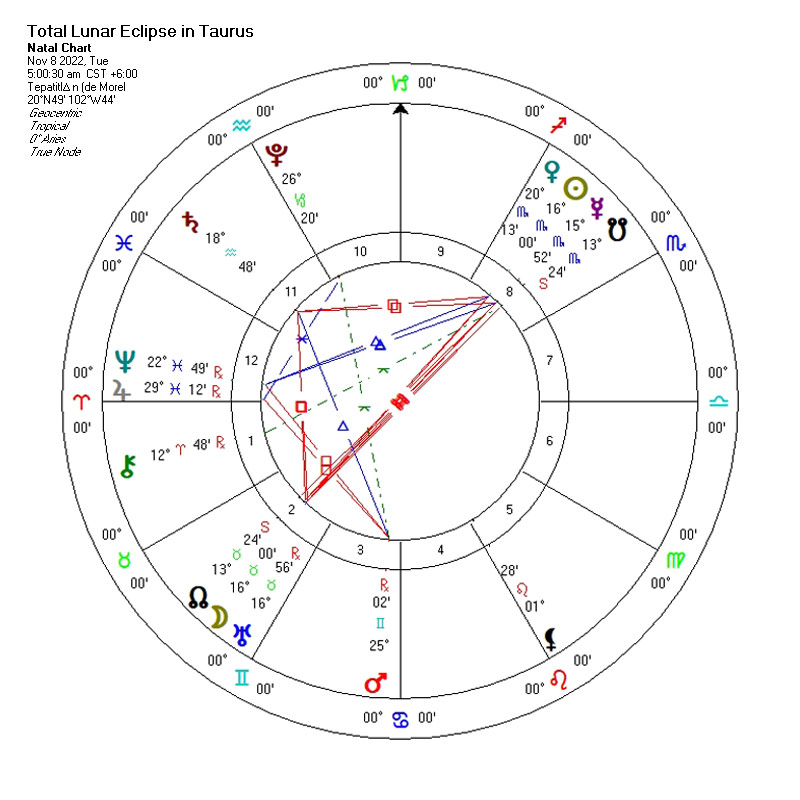 Have you ever set sail out into the open sea on a small sailboat or another little vessel? It is such a feeling of awe, wonder, excitement, freedom, and fear mixed together in such a way as to create confusion. Especially as the land disappears from behind, and there is still nothing up ahead. It is an experience similar to the inner void that can be felt when your “reality” crumbles or what you thought was real turns out to be false. It can also be likened to the “awakened” state I discuss in this week’s report, the empty “void” that is actually full of infinite unrealized potential. But as such, it is UNKNOWN and requires the sacrifice of all the known/familiar/certain aspects of self before fully revealing itself. SPOOKY!

If we penetrate beyond the dual nature of life/death and into the awakened realization/experience of our total oneness with all that is, we also step into the Jupiter/Neptune world of nirvana. It’s really something having Jupiter in Pisces conjunct Neptune for a couple of months as they both rule Pisces, are at “home” there, and are astrologically very strong. They pull us out of this polarized reality, and we can feel (be) torn between time/space control, commitment, survival, and progress on this Saturnian material planet and the call from the heart toward unity consciousness.

We are the earth/Gaia in some ways being pulled on one side by the Sun, Mercury, and Venus and the other by Uranus and the Moon. If that wasn’t enough, we’ve got Saturn wanting a piece of us too. It can be tough to maintain balance, peace, and harmony here, but there is deep wisdom in all that goes down over the following days/weeks. Practice radical listening, primarily to your heart, and be guided by your intuition to the far distant shores as they are closer than you think!

Like a ship setting sail into the unknown,
I let go of all I don’t need.
Then say farewell, shove off, and turn,
My gaze to the wide open sea.

Yes, I changed the mantra for this week after doing the Pele Report! After sleeping on all that I heard this last weekend regarding death, and the advantages of “practicing” and preparing for death, I decided it is better to “let go of all I don’t need” instead of “gathering together all that I need.” Particularly with the Scorpio stellium occurring this month which has to do with letting go, death, and release of the old self.

Originally, I thought of the Moon/north node/Uranus in Taurus as a gathering together, particularly concerning earth/survival/financial and material things. However, let’s look at this archetype of Taurus as the value and essence of the eternal self beyond the limited 3D definition. We are each an individual expression of the “eternal sea” and are essentially never born and never die. This spiritual aspect of ourselves doesn’t need to worry about surviving as it will never die. Let’s tap into that eternal self today and every day to both “let it go” and “let it flow!”

A “ship” can be a metaphor for our physical body carrying our soul/spirit, a boat, plane, spacecraft, or our consciousness that carries our spirit from life to life. Keep that in mind as you listen to Ride Captain Ride!

🙏 Support the Pele Report
💙 My book WHAT IS LOVE? Check it out!
💞 Check out our Gift Store to spread the word!
🎵 Follow my Pele Soundtrack playlist on Spotify!

For info on the intro music: www.darryljohnkennedy.com
Plant trees while you are searching the web, check out this amazing search engine ECOSIA